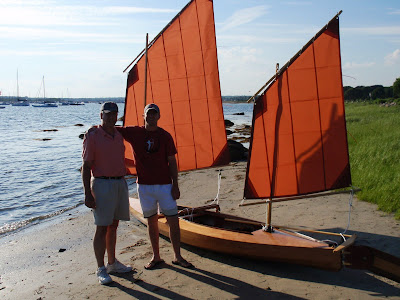 Filled with anticipation, my son Andrew and I carried the boat to the shore just before sunset on a beautiful sunny day. The long weeks of work are about to pay off.

I had left one of the leeboard mounts at home so only the right hand one was in place. Should be good enough for a test run.


The sail rig is simple but still allows lots of opportunity for tuning. I'm learning as I go along. 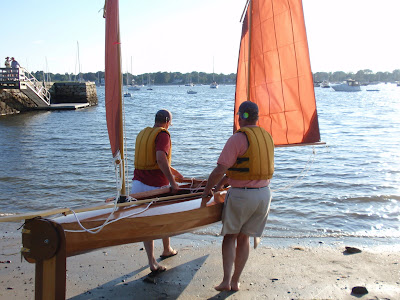 Time to get the boat wet. We donned our PFD's and put it in the water. 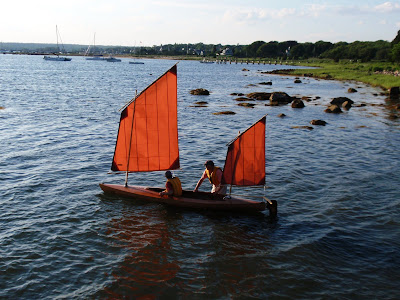 Off we go. The canoe is very light and easy to handle.

Winds were light and steady out of the west as we set sail. 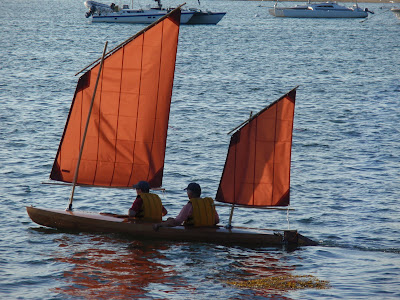 The first sail ended early with a broken leeboard mount, but it left us looking forward to another sail the following day.

I drove home to pick up the missing leeboard mount, then reinforced both mounts with screws to back up the glue joints. 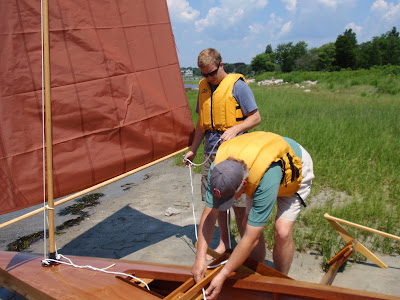 The next day, we were down at the beach bright and early, eager to start out. 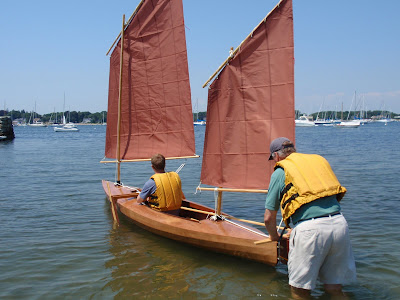 The sails have a few wrinkles in them but they should work just fine. 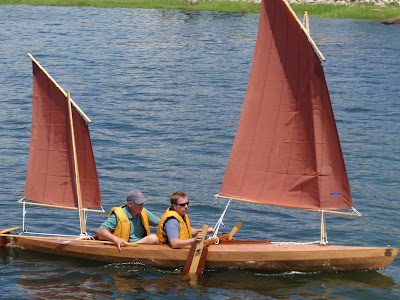 Returning from the first run, we pronounced the venture a success.

I later improved the set of the sails by tightening the luff (front edge) to eliminate the twist in the upper spar. I also moved the leeboard bracket back so that the passenger could sit in front of it and use it as a backrest. 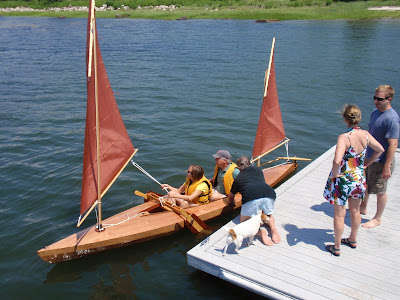 Back at the dock, daughter Jane climbed aboard.

The canoe heels a little when the wind hits the sails, then it stiffens up. The stability is impressive. I later stood up in the cockpit and it didn't feel tipsy under foot at all. 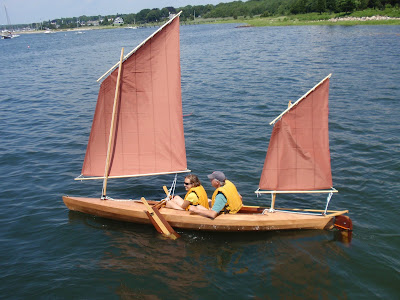 The canoe was an eye-catcher in the harbor, garnering many thumbs up and favorable comments.

I set a goal of completing the boat in three months, and I made it, just barely. Remaining items to complete are; install the access hatches in the bulkheads, and replace the pine masts and spars with lighter weight Sitka spruce.
Posted by Geoff Chick Sr. at 9:01 PM 1 comment: 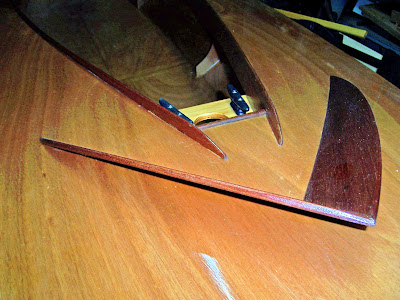 At each mast step position, I installed two 4" cleats from West Marine, one for the downhaul and one for the halyard. The lug sail is very simple, only three lines needed (main or mizzen sheet is the third one).

The wave deflector was epoxied to the deck before the final finish was applied. 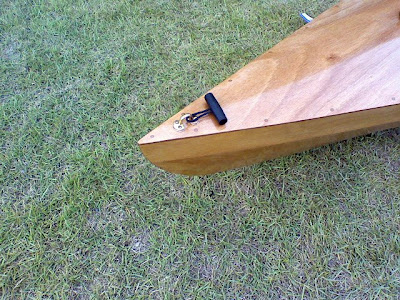 One the front and back ends I installed a bronze eye and a carry handle obtained from CLC. 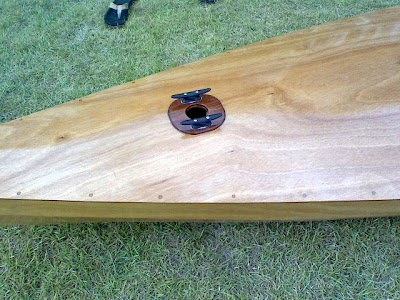 Detail of the cleats installed on either side of the front mast mount.

I used machine screws with large diameter fender washers under the deck, and caulk between the cleats and the deck. 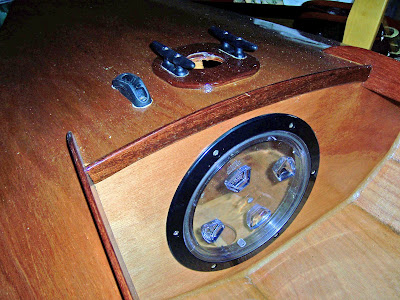 I ordered two 8" Beckson hatches from Defender Industries and installed them into the two bulkheads.

The jamb cleat to the left of the mast mount will take the mizzen sheet, which will be cleated off most of the time. 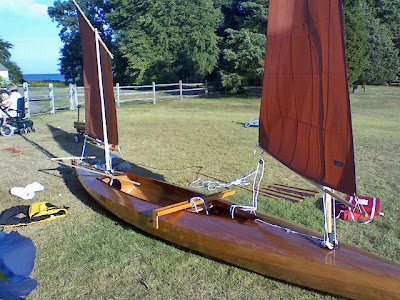 On the lawn at the house we rented in Padanarum. I decided to get all the rigging done in one final push.

A halyard was tied to each spar and run through a hole at the top of each mast, then down to the halyard cleat.

The downhaul went from the downhaul cleat, up around the boom, around the mast, around the boom again and back down to the cleat. It is important to use non-stretch line for the halyards and downhauls, since the tension on these lines determines the shape of the sails. The masts are free to rotate in their mounts.

No expensive hardware was needed, the only block used was on the boom, and that was about $10.00. 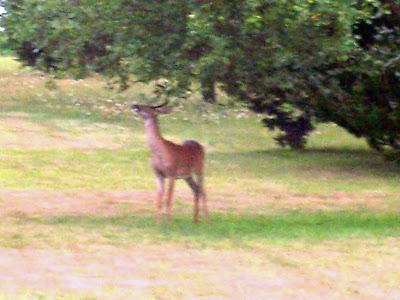 While all this was going on, a deer came by to have a look. 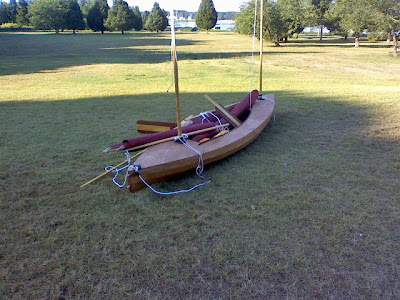 We're ready to take it down to the beach (in the background).
Posted by Geoff Chick Sr. at 10:38 AM No comments: