Every year during the first full week-end in May, a stalwart group of small boat enthusiasts, primarily members of the West Coast Trailer Sailors, gathers at Cedar Key, FL, for an informal messabout. In past years, the list of small boat builders, designers, and sailors that attend has included Meade and Jan Gougeon, Matt Layden, Sven Yrvind, Hugh Horton, Russell Brown, Howard Rice, and Andy Zimmerman. Weather and sailing conditions are almost always excellent on the Gulf in early May. Last year I decided to take Hugh Horton up on his invitation to come down for the meet. I invited my oldest son, who lives about 5 hours away, to come along as well.


Cedar Key lies west of Gainesville, FL, where a broad expanse of coastal ranch land meets the Gulf of Mexico. Driving there is like going back in time, to some extent. The typical Florida development push has passed it by, and the town is largely unchanged since the last wood mill and pencil factory closed down decades ago. Strip malls and fast food places are not to be found, in their place are bed-and-breakfast stops, fishing and bait supply places, and a few older hotels and apartment houses.

Boating facilities include several public boat ramps and a terrific beach for launching canoes and kayaks. Most of the small boaters rig their boats on the beach then head a mile off shore to Atsena Otie Key, a small island with a long beach where the boaters congregate during the day. It was there that I met Jim Farrelly, who had just completed a melonseed skiff and was looking for another design to build. Having an extensive background in kayaks, he took an immediate liking to my sailing canoe. He later found my blog, sent me some emails asking for plans, and after some deliberation I made him a set. The build of Yakaboo II #2 (or Betaboo as Jim calls it) will be covered in a future post.

I'm attaching my pictures of the small boat "action" at the Key, I'll let the beauty and craftsmanship of these fine craft speak for themselves. 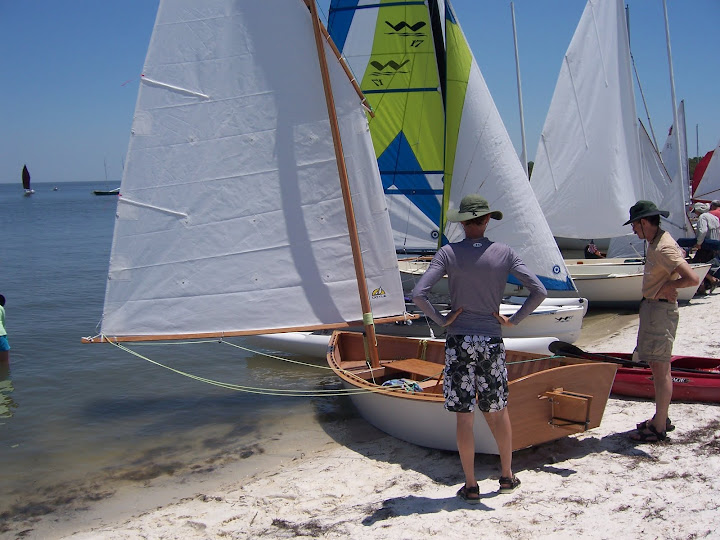 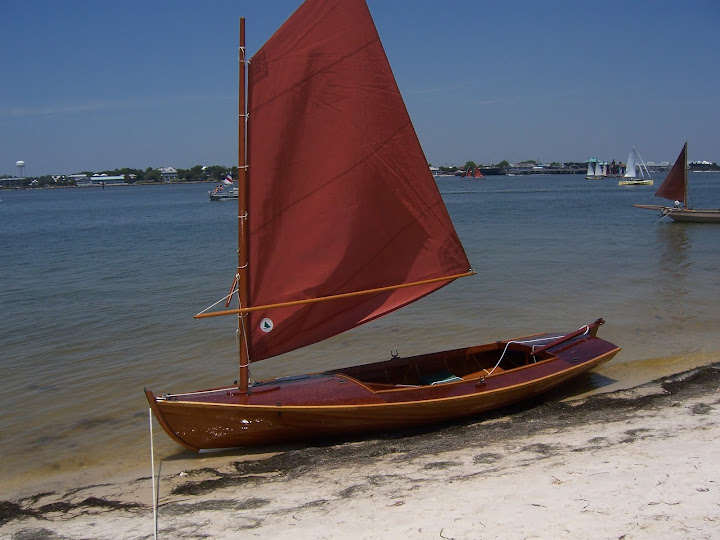 Melonseeds are very popular in this part of Florida. This is Rex and Kathy Paine's beautiful example. 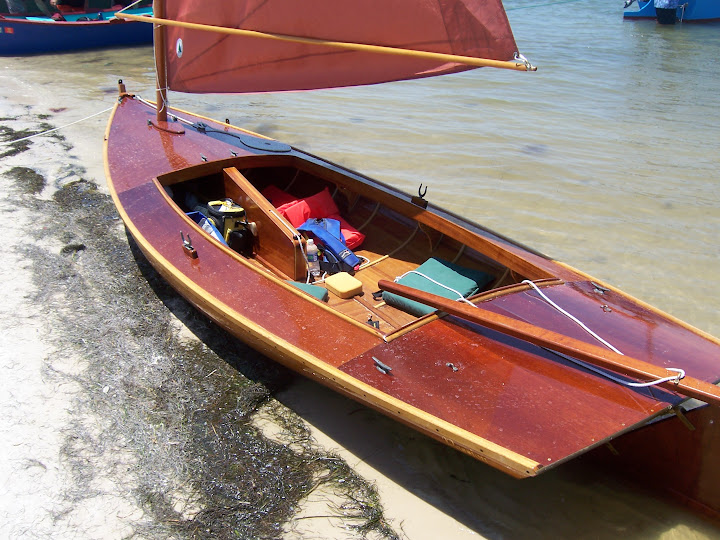 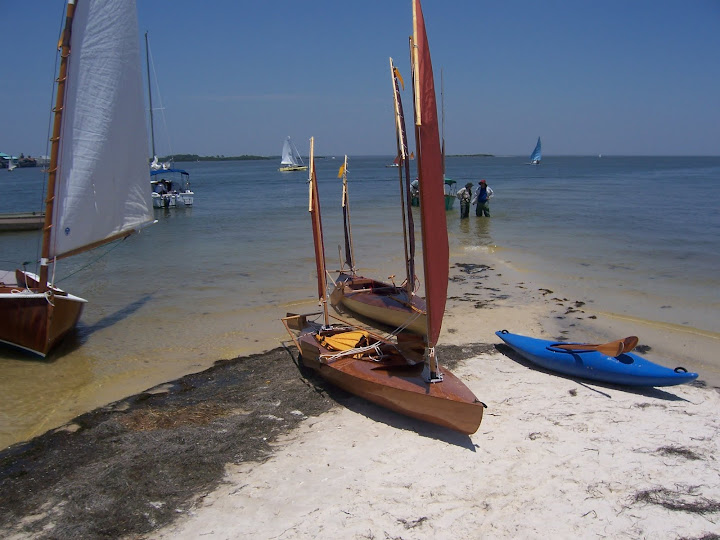 The two Yakaboo II's on the beach on Atsena Otie Key. The sand is a welcome change from the rocky coast of Maine. 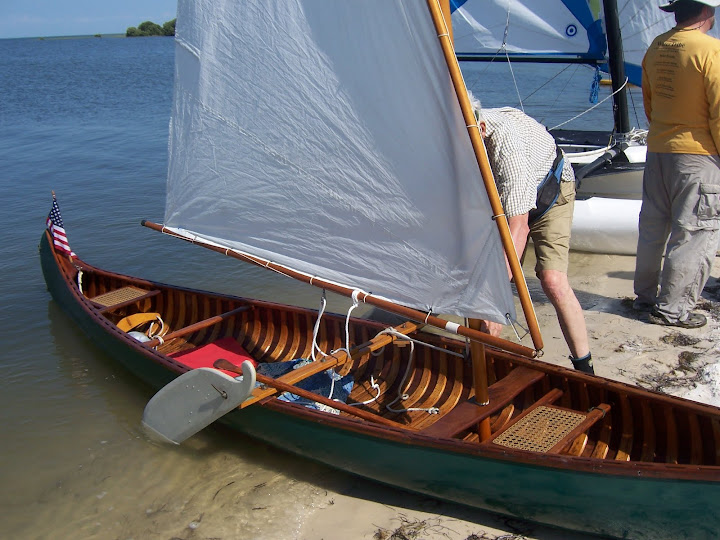 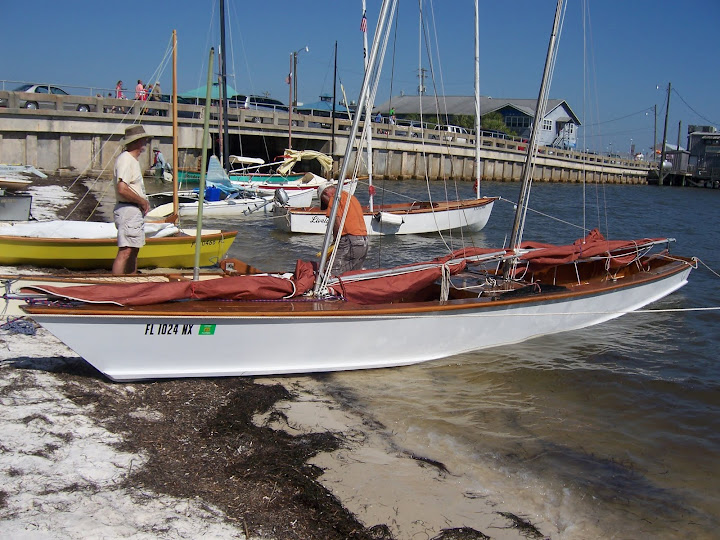 A Bolger designed Folding Schooner, all 31' of it! 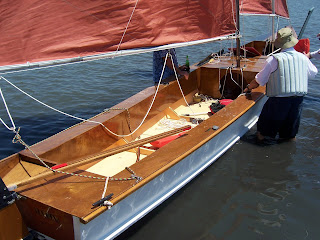 Did I mention, this thing is loooong? 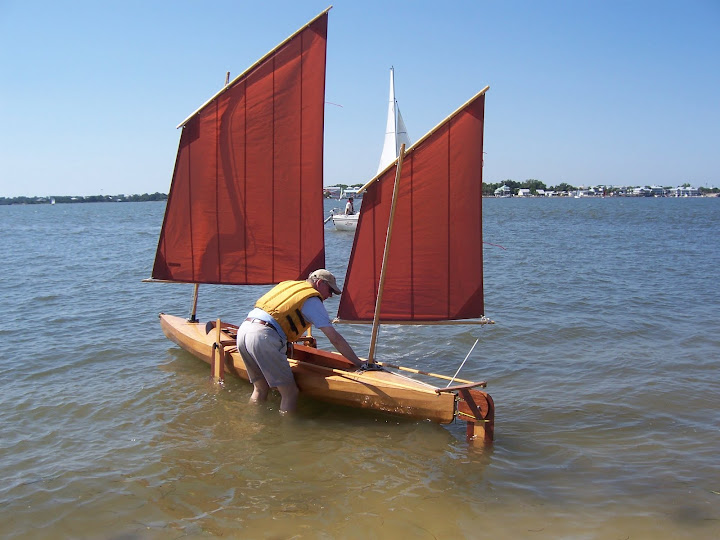 Getting ready to shove off. 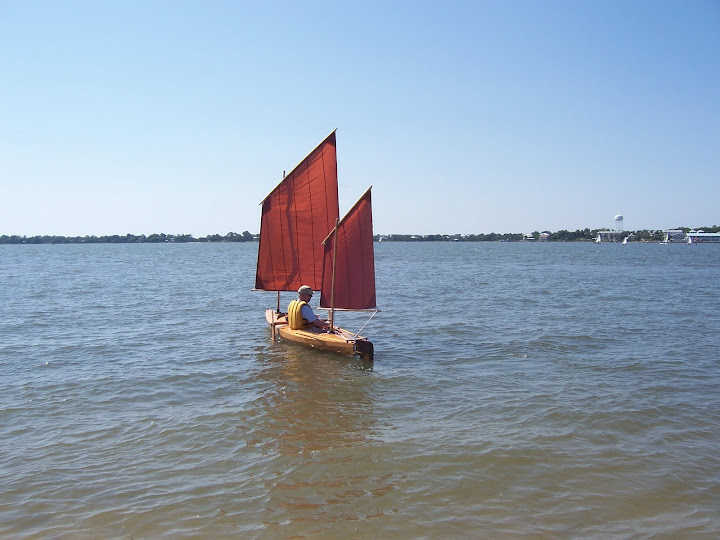 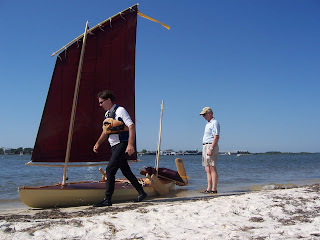 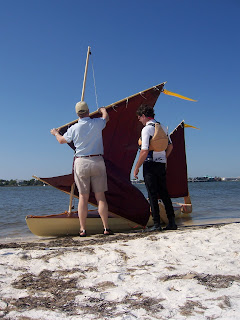 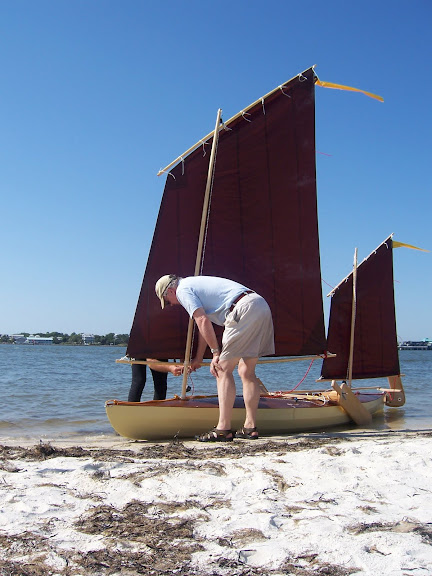 Helping Jim with the rig adjustments. 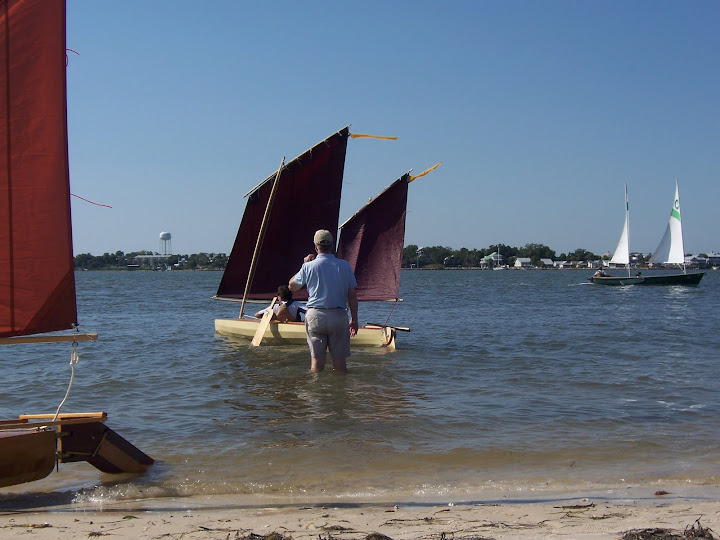 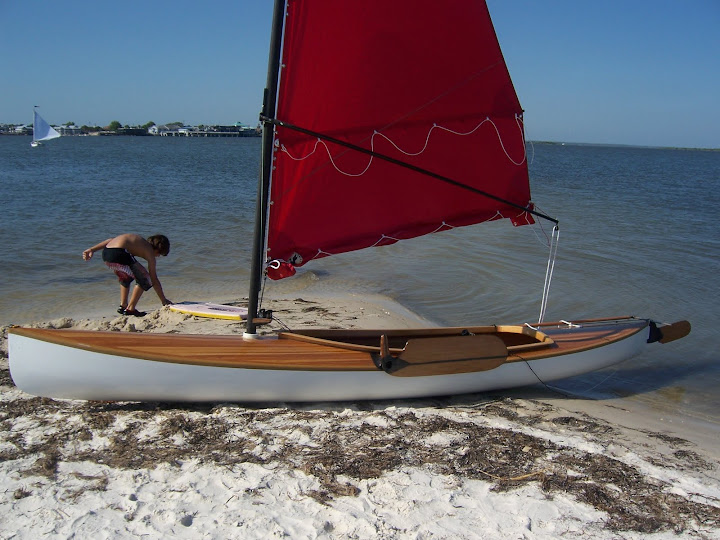 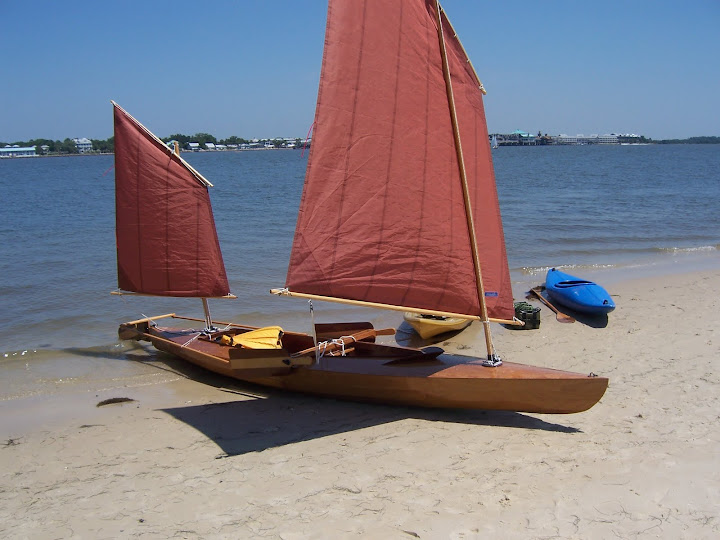 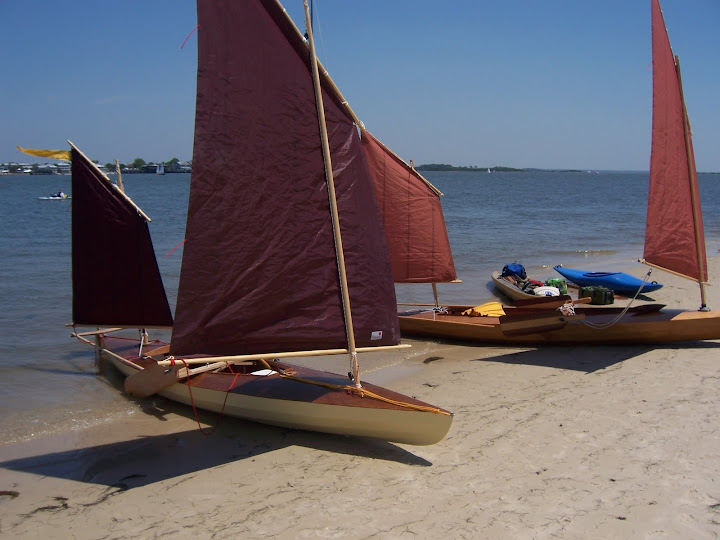 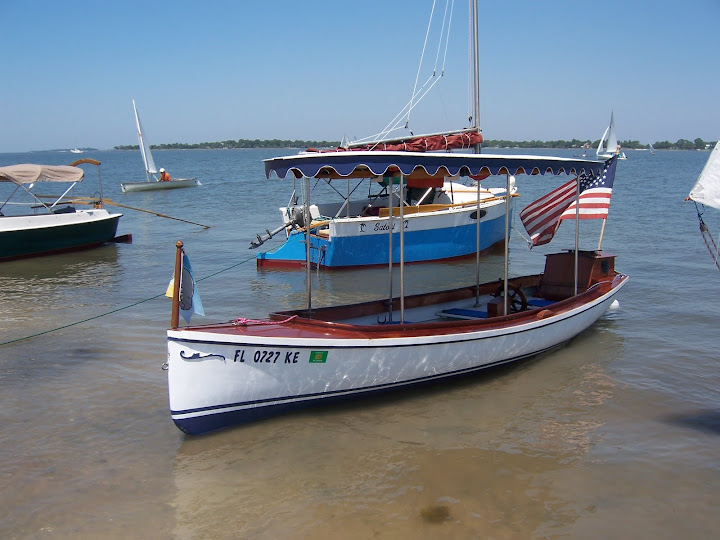 What a beautiful launch! It belongs to Dave Lucas. 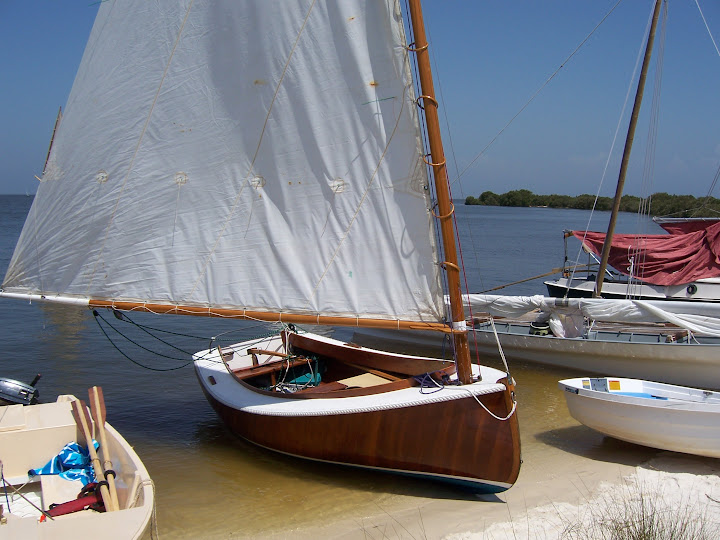 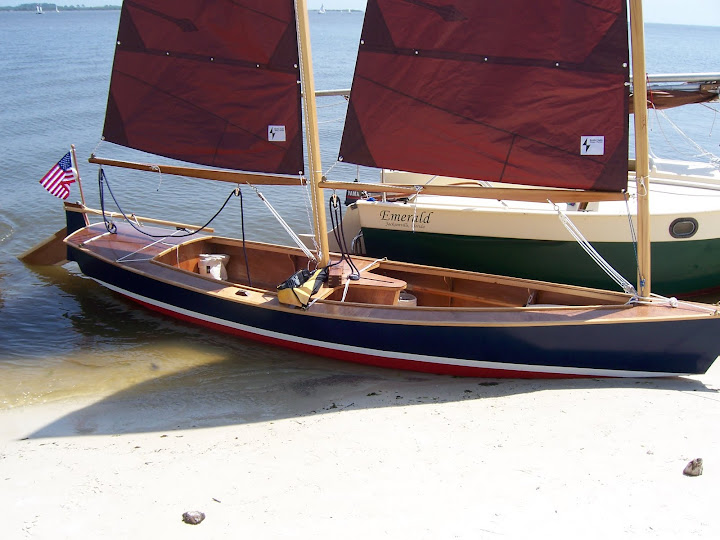 A John's Sharpie with excellent detailing. 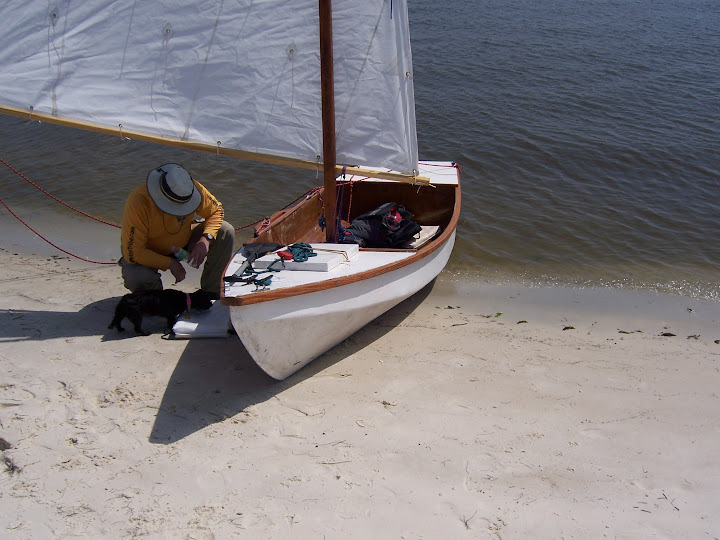 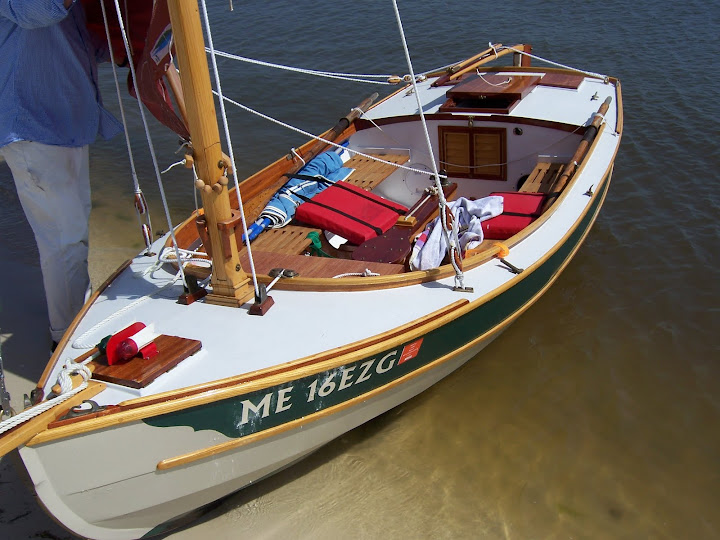 A Swampscott dory skiff from Maine, I think it is a design from Gardener's The Dory Book.

My first home was in Swampscott, so I am partial to these dories. 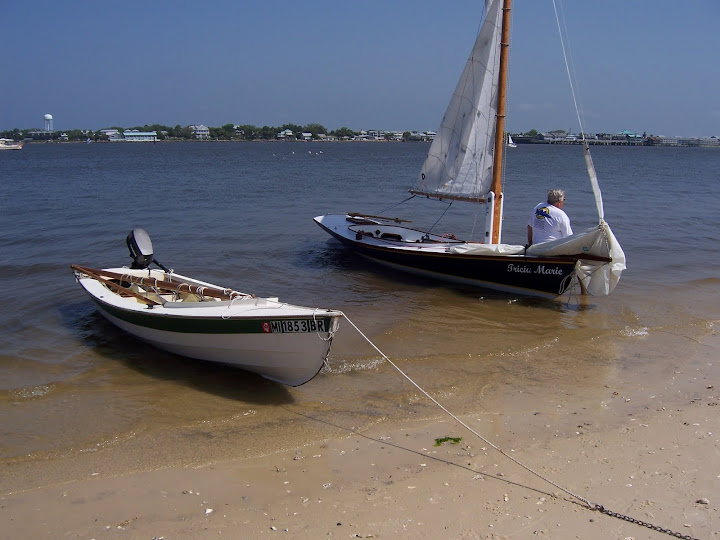 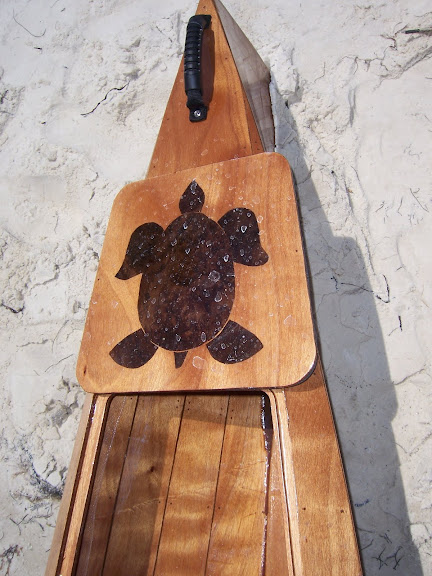 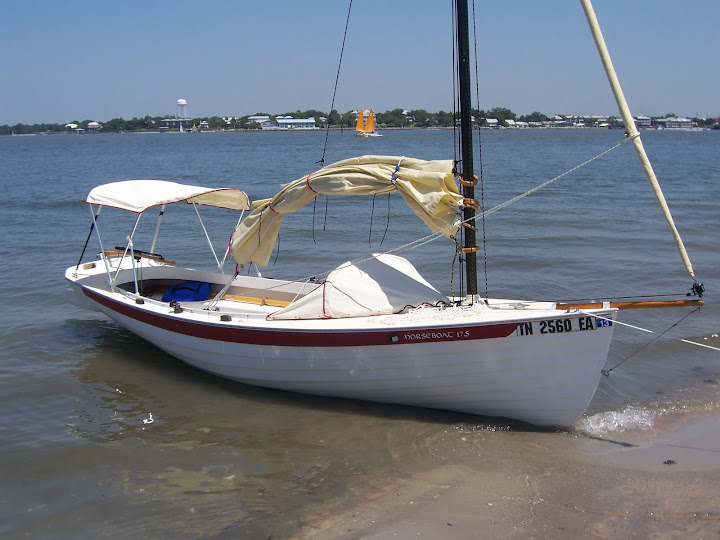 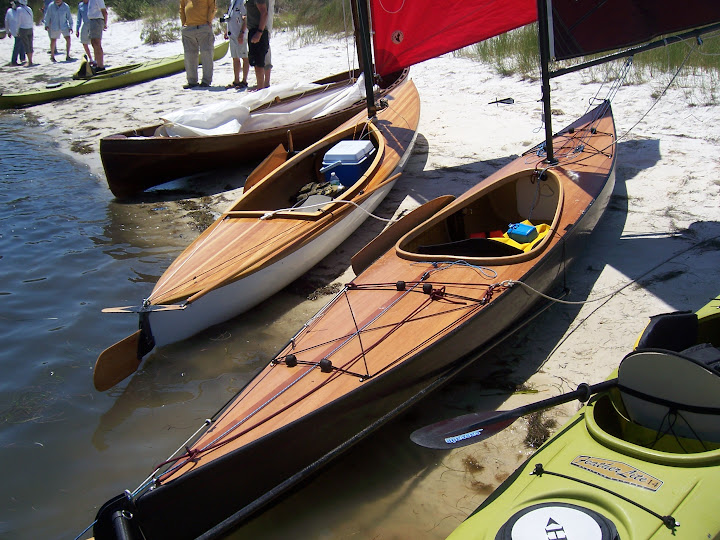 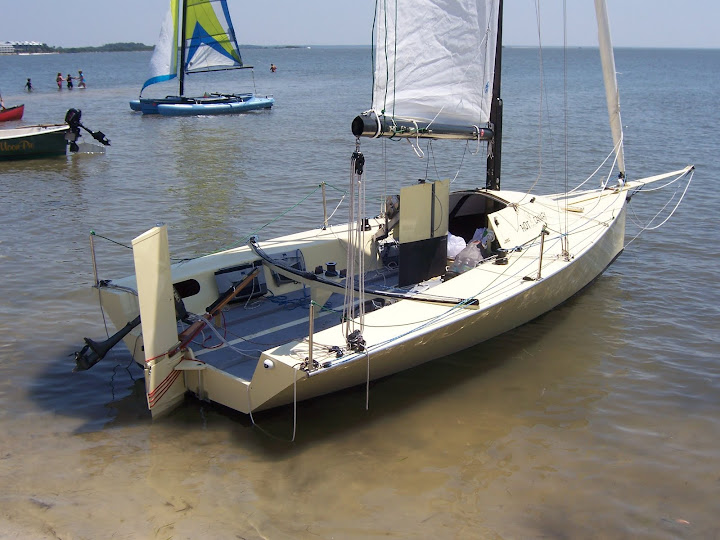 The Gougeon brothers brought the Hot Canary, an i550 Sport Boat, which they entered in the Everglades Challenge.
Posted by Geoff Chick Sr. at 10:03 PM No comments: